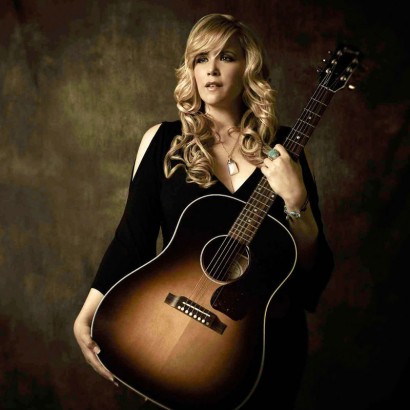 Aarik Danielsen of The Columbia Daily Tribune has this to say about Hilary Scott’s new album, Freight Train Love:

“If Hilary Scott had her voice and nothing else, she would be able to get by.

The one-time Columbia resident owns a full, expressive instrument equally capable of supplying the sweetness of honeyed soul, lowering the boom in a power ballad and skirting the edges of rock.

On her latest, “Freight Train Love,” Scott has an embarrassment of riches at her disposal. She uses her voice in service of a stout set of songs that sweep a span of emotions, from lovelorn and vulnerable to confident, even defiant. Now based in St. Louis, Scott cut the record in Studio City, Calif., her voice surrounded and supported by a killer band. Talent attracts talent, and she is joined by players who have backed true A-listers, everyone from Bonnie Raitt and B.B. King to Lyle Lovett and Lucinda Williams, Jackson Browne and Journey.

The title track opens with sparkling piano runs, lyric guitar and the suggestion of a soulful organ laid over a hip, playful groove. Scott’s voice is crisp and assured from the get-go; she delivers fevered emotions with cool restraint. The ability to live in the tension between fire and ice, to approach a melting point without melting down is the mark of a gifted singer who’s in control, even if her words suggest otherwise: “This fire you bring / It consumes me. / No matter how close, I won’t get burned. / Eyes so bright, cut right through me. / You’d think by now that I’d have learned.” Mike Finnigan’s organ eventually breaks free, his soloing fluid and charismatic. “Freight Train Love” sets a smooth yet simmering tone for what’s to come…”