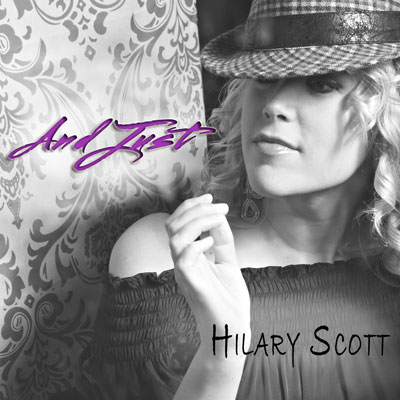 Hilary Scott’s “And Just” is a masterpiece of a song with music and a message that breaks genres.”  Heath Andrews

And Just, Hilary Scott’s single recorded in Rome, Italy with producer Euro Ferrari, was the winning song in the international section of the Festival Degli Autori, a songwriting and performance competition hosted in Sanremo, Italy by Sanremo Productions. For her win, Hilary Scott received a record deal for a 5 song EP through Sanremo Productions and aims to complete the album with Euro Ferrari later this year.

Renowned for his work in all genres and with famous artists (Clapton, Sting, Pavarotti) all over the world, when speaking of Hilary Scott and her music, Ferrari says, “…Hilary Scott writes and sings in a way that creates a fascinating and intimate world, and it is enough for her to utilize only a whisper to raise deep emotions in the listener, her voice is absolutely extraordinary in its emotional greatness… it would be difficult for her pop/country style not to enter deep into the heart, in every way.”

An iTunes purchaser (Cuckoo creations) says:  “Awesome Unknown! This artist is the best unknown singer/songwriter on the planet. I’m just waiting for the right person to hear her the way I do and the world will be hers. Watch out music world, there are two Hilary Scotts!”

Heath Andrews of ReviewYou rates “And Just”  5 stars out of 5, and says this: “There are a lot of musical forces at work within Hilary Scott’s song, “And Just.” Scott’s vocals have a country edge to them with a leaning towards folk rock as well, while the percussion track has an electronica sound and the rest of the arrangement takes heavily from modern pop/rock. Amongst all the sound is a lyric that floats along both in its sound and subject matter. In short, “And Just” is an accessible yet deep song with strong cross-genre appeal.

[The first two lines of the chorus,] “One sure way, to get through the day/breathe in, breathe out, and breathe in…”. [is] a fantastic, true-to-life sentiment that fits perfectly in the context of the song. What makes the chorus that much more powerful is her breathtakingly beautiful voice. She sings with great power and emotion, but still hits each and every note with grace and finesse. Full review can be found at http://www.reviewyou.com/hilary-scott-and-just

Produced and Engineered by:  Euro Ferrari in Rome, Italy, June 2010

Music and Lyrics by Hilary Scott®