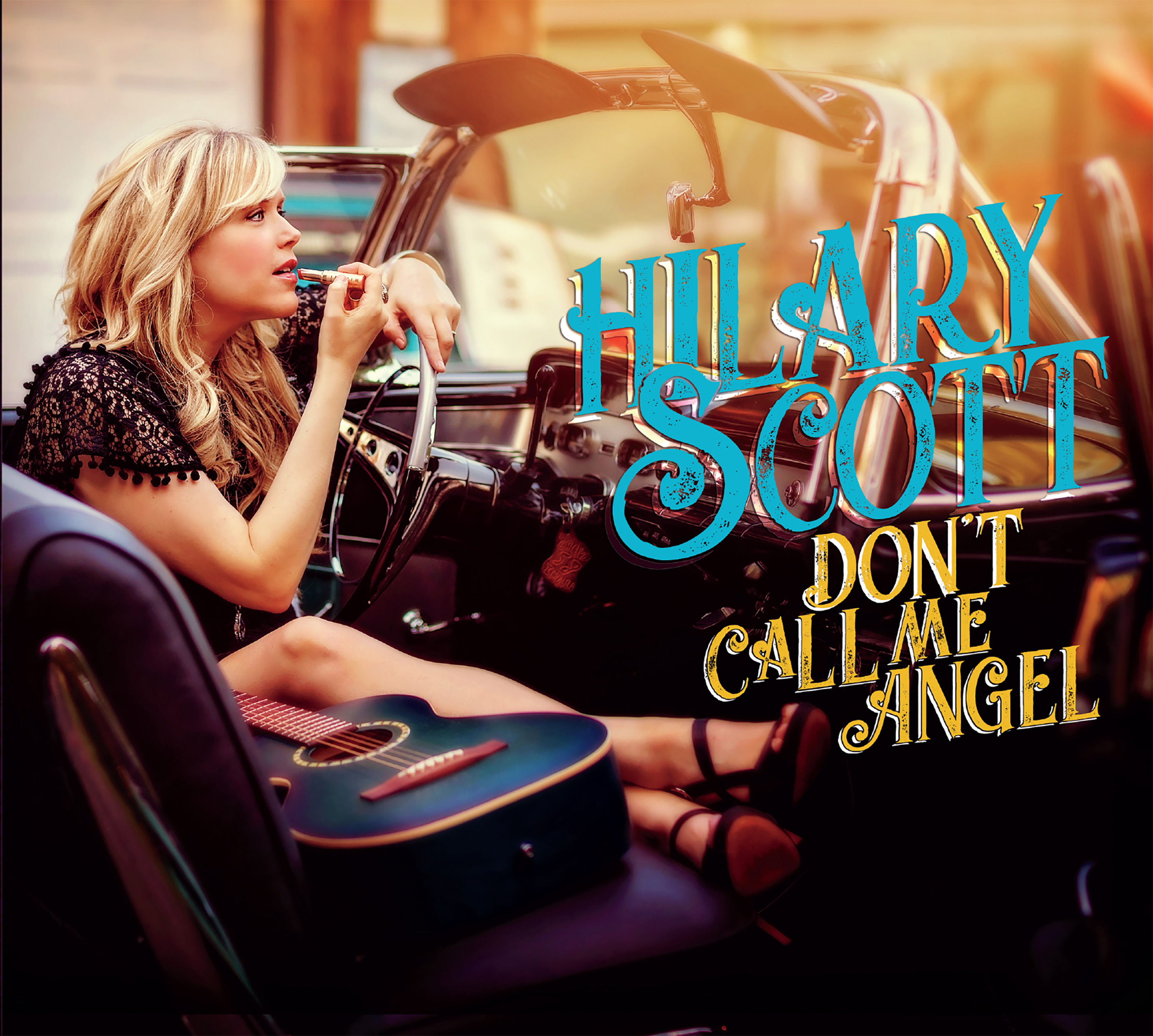 “Every inch a big time record, this soulful collection is so from the heart you can feel her pulse in the grooves. Killer stuff from one of the brightest lights in Americana.” Chris Spector, Midwest Record

“Hilary Scott has carved her own name into today’s Americana scene with a breathlessly intoxicating voice and a knack for creating catchy, emotional and subtly edgy songs”.  Mark E Waterbury, Music Morsels

Don’t Call Me Angel was chosen as the Pop Country Album of the Year for 2019
by the Rural Roots Music Commission
of the National Traditional Country Music Association!

“…It’s the opening title track, a sort of emotional opposite to ‘Angel of the Morning’, that sets the seal on the album’s quality, a slow, honky tonk snare brushed waltz…Quite simply, it’s one of the best old school Americana heartbreakers I’ve heard this  year.  The rest of the album’s pretty damn fine too.”  Mike Davies of Folking

Don’t Call Me Angel represents some of Hilary’s finest songwriting. The album highlights Scott’s storytelling skills and her ability to evoke deep emotions in the listener. This project delves more into the realm of soul and blues, although this is not entirely new territory for Scott.

Hilary was fully in command of this project, acting as producer and also hand-picking studios and musicians with whom she wished to work. Her husband and percussionist and longtime bandmate Josh Schilling joined her as the core ensemble for the record, recording all of the rhythm tracks at Sawhorse Studios in St. Louis. Having worked previously with the multi-Grammy-award-winning Johnny Lee Schell at Ultratone Studios in Studio city, Hilary knew she wanted to spend several days with him focusing on recording vocals and arranging harmonies. Johnny Lee Schell (guitars) and Mike Finnigan (Hammond B-3 organ) – who have toured and recorded with artists as varied as Bonnie Raitt, Jimi Hendrix, Leonard Cohen, Etta James, and Taj Mahal, to name a few—appear on more than half the songs on this record.

Scott wrote all songs on this 10-song CD, with the exception of one cover, a tribute to Prince in the form of the song “Kiss” from his 1986 album, Parade. “I learned through Prince’s music that absolute genius and depth sometimes hide in a candied pop pack-age,” she states. “’Kiss’ is one Prince song that screamed ‘blues’ to me as I considered how to reimagine it.”

Ray Padgett writes in Cover Me, “If the only “Kiss” cover you know is that Tom Jones one, get ready for something new, pussycat. On her upcoming album Don’t Call Me Angel…singer songwriter Hilary Scott turns the Prince classic into a smoky blues ballad. She starts out sounding like the Mississippi Delta before the song gradually builds into a blast of Bonnie Raitt soul. It’s unlike any “Kiss” cover we’ve ever heard, and one of the best Prince homages to come out since his passing.”