Ray Padgett in Cover Me writes: 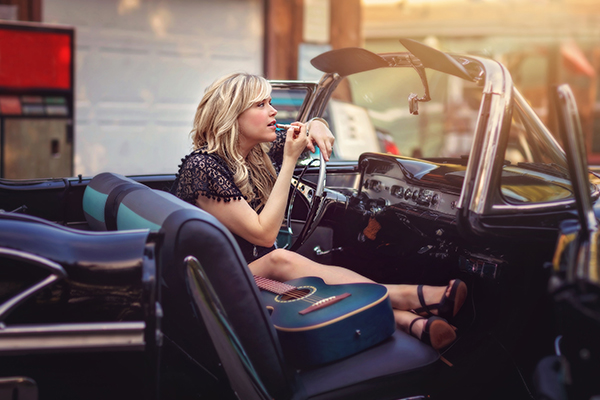 If the only “Kiss” cover you know is that Tom Jones one, get ready for something new, pussycat. On her upcoming album Don’t Call Me Angel (out October 12), Washington state singer-songwriter Hilary Scott turns the Prince classic into a smoky blues ballad. She starts out sounding like the Mississippi Delta before the song gradually builds into a blast of Bonnie Raitt soul. It’s unlike any “Kiss” cover we’ve ever heard, and one of the best Prince homages to come out since his passing.

“Prince has long been an influence of mine for the sheer genius of his music, but I think sometimes people miss the depth of his lyrics because of the rapid-fire-pop delivery,” Scott tells us. “‘Kiss’ is one Prince song that screamed ‘blues’ to me as I considered how to re-imagine it. I really felt there was a soulful heartbeat that needed to be brought out. I’ve covered a half dozen Prince songs, but whenever we perform this one live, we always get comments like, ‘so that’s what the lyrics say!’ or ‘that Prince cover was so awesome’! Based on audience feedback, I felt it should end up on this album.”

Listen to Hilary Scott’s “Kiss” exclusively below, then pre-order the album at her website.

Check out the article here:  Cover Me: Don’t Call Me Angel