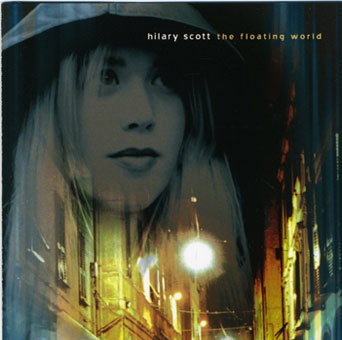 It’s Hilary’s voice that captures me most on this CD. The songs are well written, interesting and expertly performed, but she does this incredibly lovely lilting thing with her voice that Sarah McLachlan sometimes does…and others have attempted unsuccessfully, but Hilary’s got it.

She has put together a nice band that backs her well while not overshadowing but stands out nonetheless. Hilary is no small talent herself. She not only wrote all the songs and produced this recording but she also plays acoustic guitar, electric guitar, keyboard and violin.

The songs that stand out most for me are “Gravity” and “Been Drinkin Again” with their minor chords and sultry vocals. But I also like “Calls from Springfield” which really showcases her amazing voice and range.

This is a very nice rock recording and I look forward to hearing more of Hilary Scott. I wouldn’t be surprised if I heard her on the radio soon (as long as Clear Channel doesn’t buy up all the stations, that is).

‹ Come In, Come In: Live, Out of the Wilderness and Hypothermia