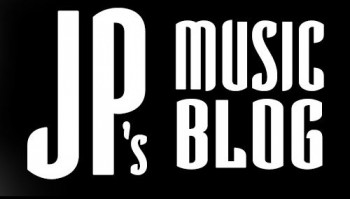 Multi-instrumentalist Hilary Scott is preparing the release of her new five-song EP titled “Kaleidoscope,” which be available on June 25th through Belltown Records. Scott has worked and performed alongside some of the greats, like Chuck Berry, Tanya Tucker, Bonnie Raitt and Little Feat. Hilary’s new release dates back to 2007, when she was invited to participate in a songwriting project with producer Matthew Wilder and songwriters John Goodwin and Angela Kaset. The results are featured on four of the songs on this new release, beginning with the stellar, laid-back Americana/pop groove of “Just A Shame,” as you will easily fall in love with Hilary Scott’s warming vocals. Scott’s backing band perfectly matches her vocal range on “Almost Home,” before delivering a funkier rhythm on the mainstream-driven rock of “Too Much Is Not Enough.” She wraps up her short new release with her own original-penned, country-style ballad “And Just,” along with the R&B vibe of “Free Country,” which finds Hilary Scott stepping out of her comfort zone. To find out more about Hilary Scott and her latest release “Kaleidoscope,” please visit hilaryscott.com.
Read JP’s post HERE
News, Press, ReviewsAlternative, Angela Kaset, Belltown Records, Euro Ferrari, Gary Lunn, Hilary Scott, Jerry Kimbrough, John Goodwin, JPs Music Blog, Kaleidoscope, Lonnie Wilson, Matthew Wilder, Pop, Pop/Rock, Rock, Singer Songwriter Hilary Scott, Wilderside Productions
Share :

In Jim Pasinski’s review in JPs Music Blog he writes:  “Award-winning singer/songwriter, Hilary Scott returns with her 12th full-length album titled “Don’t Call Me Angel.” It features nine original tracks and one tribute to the legendary, Prince. She begins with the soft, acoustic country ballad “Don’t Call Me Angel,” before belting out the lyrics of the revengeful blues of “Not Used To Being Used To.” Her new album continues with the more up-tempo swinging rhythm of “You Will Be Mine,” before returning to the country blues of “Heartless.” Hilary’s voice is so beautiful on the piano-led “Moon And Back,” before she finishes up her new album with a quiet, acoustic rendition of Prince’s “Kiss” and the soulful tones of ‘Here I Am.'”

Check out the review in JPs Music Blog.